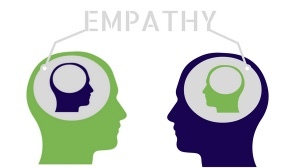 Our 2015 mission team on Taino beach with Haitian vendors.

This article was originally posted in January 2017 in advance of our first mission trip to Haiti with The Hands & Feet Project as a family. We’re now prayerfully seeking direction and support for a new trip down in 2019 when we hope to lead a larger team to dig in to the mission of Hands & Feet. Can you help us get there? We would greatly appreciate your support either prayerfully, financially, or both. You can donate to our current mission trip effort here.

When I went on my first short-term mission trip with The Hands & Feet Project to Haiti three years ago, I had a pretty limited, naive notion of what I was going there to do. Honestly, I had no idea. I had, however, decided that whatever I was asked to do, I would take on as a task worth doing as a small step in helping the mission to develop and progress in caring for orphans, regardless of how big or small. To this day, I think that is a pretty solid perspective to go with.

That said, my family and I are now in the process of preparing a second team to go with the Hands & Feet Project to Haiti, and I feel like I’ve developed a clearer understanding of how we can be most helpful:

As the blog post (from the Christian Alliance For Orphans) attached below explains, it is very rare that a short-term team of missionaries is going to change lives or conditions in a dramatic fashion over the course of one or two weeks. But, support given to full-time missionaries to meet their needs and refresh their spirits, while also engaging in dignified exchanges with local people, can have a very positive long-term impact on all involved.

It’s mid-summer in the US, and that means hundreds, if not thousands, of Christians are departing and returning from short-term missions around the world. Many of these teams visit orphans in developing nations, conduct Vacation Bible Schools, assist with building projects, and share the love of Christ with everyone they come to meet. For many…

Our family has been saving for this trip to go serve, support, and encourage missionaries, the kids and staff of the Hands & Feet Project, and the local community of Grand Goave  for months and will continue to do so. But, with plane tickets, alone, likely to cost over $3500 for the four of us, we are praying that God will lead others to help us get there by donating directly to our family mission trip fundraising page. Can you help us get there?

Learn more about the work of The Hands & Feet Project.

The focus of our time
That which steals the purpose
The substance that could be our reaction
To something divine
Outside our realm of understanding
But fully capable
With infinite potential
To create beyond the scope of our conception
Life abundant
Through grace incomprehensible
Prompting us
If we will let It
To overflow with foolishness
For that is what it is in comparison
To the scales – the units of measure
By which humanity has limited itself
Irrational
God and everything outside of ourselves
Outside of self
Our attention focused on the other
Our attention and time and energy
Spent outside of ourselves
Is equivalent I believe
To Love
To God
To worship God is to let our attention
Let our limitations
Let our reactions and our fear
Loose
Free to run away
and in doing so
Freeing us to trust and place
Our hope
Our time
Our hands
Our feet
Directly on the path that He has drawn out
To reveal His glory through
To love others
To serve others
To focus your attention outside
Of ourselves
Is to love God
To worship God
To touch the heart of Jesus
And to remove ourselves
From our own grip
With which we cling so tightly
To sin and the death
The absence of life
That it brings
Lord teach me in each moment
Of each day going forward to
Look outside of myself
To let go of myself
To release my fear
And grab Your hand
As it is extended out to me
Each day in need
Empty my hands
Oh Lord
So that I am free to react
To focus my attention
To spend my time
Outside of myself
Outside of sin
But, in You
In Love

I’m reflecting this morning on the end of the gospel of John and a few key points seem particularly relevant to me today:

1-Jesus met the disciples where they were and in their then-present circumstances (he knew where to find them and what they’d be doing: out to sea fishing);
2-Jesus provided for them (a catch of fish too large to haul back into the boat);
3-Jesus prepared for and served them (cooked a meal of fish and bread and gave it to them).

Then, after doing so, He said, “Follow me.” The bible seems to indicate that He was just speaking to Peter, but, John got up and followed Him, too. Martin Luther, in his commentary, indicates that there are two lessons to learn here. First, even Peter, one of the greatest apostles, immediately after having been engaged in conversation with and called by Jesus, lost his focus. He took his eyes off Jesus and became concerned with what those around him were doing. Second, Jesus may have different plans for each one of us. In essence, Jesus responded to Peter’s 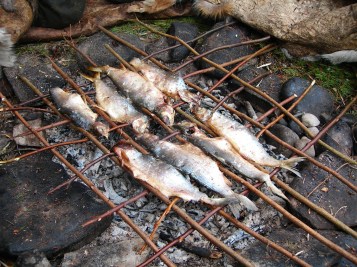 question by letting him know that it was none of his business what His plans were for John.

So, what do I get out of this? First, I was reminded that Jesus loves me personally, where I am, right now. He knows what I’m dealing with on a daily basis. He knows what is swirling around in my head from one moment to the next. Second, He is more than capable of providing for my needs in my present circumstances. Third, what He has in mind for me is far greater than anything I can come up with on my own. I’ve never had fish for breakfast, but, if prepared and served by Jesus Himself, it would be far better than anything that I could pull out of the pantry or refrigerator to make for myself in the morning. Finally, we are not all called to live out the same story or to serve in the same mission or ministry in our lives. We shouldn’t model ourselves after other people that we think are good. We should model ourselves after Jesus. This is His story and He knows where we fit into it.

Have a great day!

“But seek first the kingdom of God and his righteousness, and all these things will be added to you.” Matthew 6:33

One of the biggest challenges that I face in my daily life is navigating through the inevitable myriad of unplanned inconveniences that keep life from going just the way that I want it to. I am, I suppose, a creature of habit and an introvert. I like to start each day quietly and in a manner that blocks out any surprises. When more than one or two obstructions get in the way of my cushy routine, I tend to lose any sense of selflessness and “love others” aspirations that I may have developed during my five-minute morning devotion earlier in the morning. This issue can manifest itself when I’m trying to get out of the house in the morning, when I’m working through the morning to-do list at work, or when we have guests visiting at home.

I bring this up not because I’ve found some kind of magic bullet answer that has  healed me of this personal flaw, but, because it is what I was reminded of this morning while reading the sixth chapter of Mark. It was the setting that led to the miracle of Jesus feeding the five thousand with just a few loaves of bread and a couple of fish. But, the part that caught my attention came before the miracle in the sequence of events.

The twelve disciples had just returned after being sent out to preach and they were all sharing what they had done, but, because of the frenzied atmosphere where they were all coming together, Jesus invited them to go away with him to a more secluded place so that they could get some rest:

31 Then, because so many people were coming and going that they did not even have a chance to eat, he said to them, “Come with me by yourselves to a quiet place and get some rest.”

32 So they went away by themselves in a boat to a solitary place.

33 But many who saw them leaving recognized them and ran on foot from all the towns and got there ahead of them.

This is what struck me this morning as I was reading:

34 When Jesus landed and saw a large crowd, he had compassion on them, because they were like sheep without a shepherd. So he began teaching them many things.

Jesus and the disciples clearly had other plans to catch up on some needed rest, but, when he saw the crowd gathered he changed his plans and, instead, began teaching them, and eventually, serving them (thousands of them!) food.

How often do I, so dramatically turn my own plans on a dime from personal rest and relaxation to totally focusing on others and serving them? I can’t recall when I’ve ever been faced with such a prospect, to be honest. But, isn’t it worse that I don’t change my plans for even a small feat like exerting a small amount of effort to make someone (e.g., in-laws) feel welcome when they are visiting my house and disturbing my precious routine? Or what about the times when my own child wants me to “shoot hoops” with him in his bedroom where his Little Tikes basketball hoop is, but, I defer because I’m too busy writing a blog post or squandering time on Facebook?

In the book of Matthew Jesus said that loving God and loving others to the extent that we love ourselves are the two most important commandments and that all of the others are encompassed by those two.

36 “Teacher, which is the greatest commandment in the Law?”

38 This is the first and greatest commandment.

39 And the second is like it: ‘Love your neighbor as yourself.’

40 All the Law and the Prophets hang on these two commandments.”

Yeah, I’ve got room to grow.