The prolific creative engine known as Kevin Max continues his rampage against expectations on multiple fronts in the summer of 2019. It was just a year ago at this time that one of his finest and most fully-realized solo albums, AWOL, was freshly-released. Since that time he launched  ROMEO DRIVE, an avant-garde audio-visual adventure exploring the intersection of faith, humanity, and artificial intelligence. This summer, with the release of BLACK SHEEP OF THE FOLD, a career-spanning solo music survey, the completion of the 2019 DC Talk JESUS FREAK Cruise, and a just-announced  Larry Norman tribute project, the relentless pace of Kevin Max rages on. 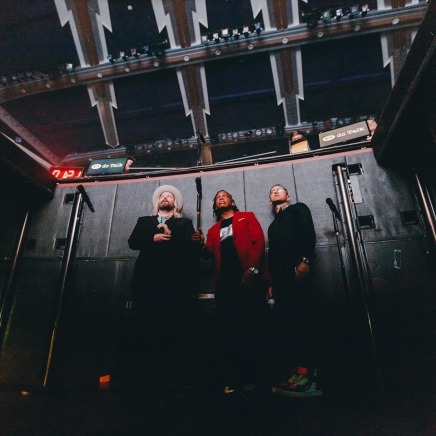 BLACK SHEEP OF THE FOLD is a terrific survey of Max’s back catalog. A collection like this is never going to make every Max fan completely happy because his fanbase is as diverse as can be with a wide variety of opinions as to which of his songs should make the cut on such a collection. But, Max, himself, stated that the final track listing is representative of his personal favorites and it is, indeed, an impressive collection. He knew what he’s doing in putting it together. I’m thrilled with the inclusion of personal favorites like “21st Century Darlings,” and “Platform,” on the hard copy of this collection and appreciate the inclusion of “Clear,” and Max’s Dylan cover, “When He Returns,” on the extended Spotify playlist. The Dylan cover, in my opinion, is one of the finest recordings ever captured by anyone.  As of the time of this post, BLACK SHEEP OF THE FOLD is currently out of stock on Max’s online store, but, is available for your enjoyment through Spotify.

Looking ahead, we find Kevin Max at the helm of a project looking back at the classic Larry Norman album ONLY VISITING THIS PLANET. Max has a history of performing Norman’s music and recording with Norman, beginning with DC Talk’s cover of “I Wish We’d All Been Ready,” and, also, including Norman on his debut solo album STEREOTYPE BE.

Max has consistently expressed a desire to honor the memory of his friend stating that he wants, “to make this project Revisiting This Planet as a statement to listeners everywhere that this album was a cornerstone album to many generations.  It also stands its ground within the general market or secular rock territories as being among one of the very best storyteller records…. taking its place among the ranks of Bob Dylan, The Rolling Stones, The Beatles and Johnny Cash.” 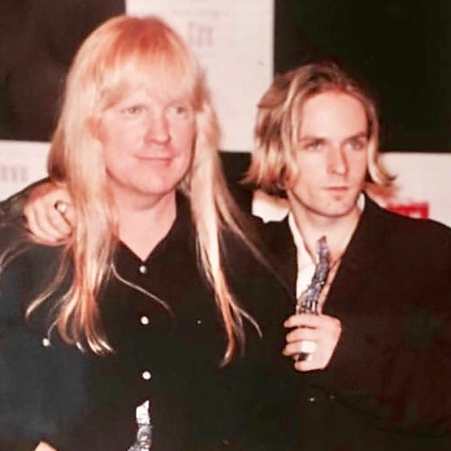 Max’s vision for the album involves gathering studio players from the original recording of the album,  and close friends and family of Norman, along with other special guests, to contribute to new  recordings of Norman’s original songs. The project will also employ skills of legendary player and producer John Mark Painter (Fleming & John).

Surely, considering the legendary influence that Larry Norman’s music has had on Christian music and music in general, this tribute cover project of Norman’s ONLY VISITING THIS PLANET is going to be a huge undertaking that many artists will want to be involved in . But, you don’t have to be a  musician or producer in order to take part and play a significant role in the recording of this album. In fact, Max has partnered with GENEROSITY ROCKS to gather support for this album so that the full potential of his vision can be realized. Read more about the background and vision for the project and how you can get involved at GENEROSITY ROCKS.