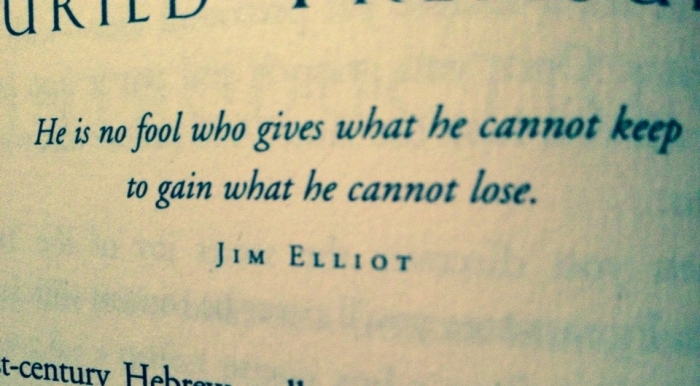 I’m sitting here on a Friday evening at the tail-end of my first full week back at school (since last week was pock-marked with snow days) after returning from a week spent in Haiti with The Hands & Feet Project. At this point, the Haitian dust has settled a bit and the black sneakers I wore most of the week are now, almost, black again, as opposed to the tan hue they took on as a result of the dry, dusty conditions in Grand Goave. 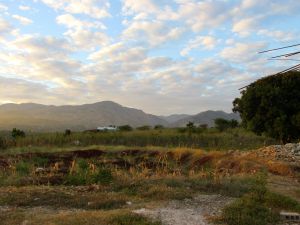 The view of the mountains, just to the right, outside “Grandpa Rockwell’s Kitchen”

The beautiful view I had when I walked out our bedroom door each morning, just after waking to the sounds of roosters, however, left a huge impression on me. I’ve got photos of Haiti cycling through as a screen saver on my desktop at home and even the computer screen image of those mountains rising up, even further than the height on which the Hands & Feet Project’s Ikondo mission village is being built, makes me pause and sigh whenever I catch it out of the corner of my eye. It is a very, very special place, indeed.

Today as I was working toward the end of a particularly stressful week I made the comment to more than one person that, while I was in Haiti, I worked harder, physically, than I normally do during a day’s work and I ended up falling right to sleep each evening in Haiti, despite the heat, because, quite simply, I was tired. But, throughout that whole week I wasn’t stressed in even the least bit. It was a joy to be there. I knew that, though, my contributions were relatively small, in comparison to most of the other guys who had a good deal more experience with contracting work, every single thing I did was helping to advance the development of the Hands & Feet Project Children’s Village at least a little bit. Having the chance to be there and to contribute, in even the small manner that I did, to the beautiful work that The Hands & Feet Project does in an area where the need is so desperate was a distinct and humbling honor. 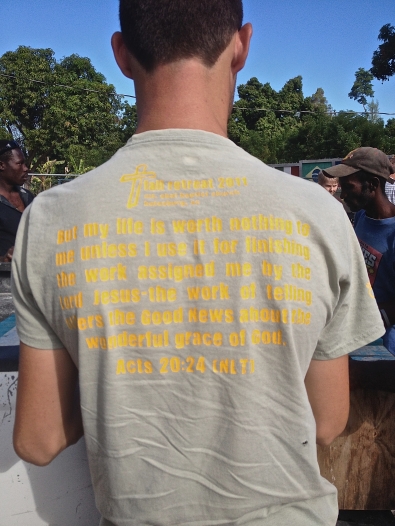 Hands & Feet Project co-director Andrew Sutton’s shirt:
“However, I consider my life worth nothing to me; my only aim is to finish the race and complete the task the Lord Jesus has given me—the task of testifying to the good news of God’s grace.” -Acts 20:24

Quite honestly, it has been a challenge to make the transition back to working in a public school in the U.S. where even the most economically disadvantaged students have it far better than the average Haitian child. The adults, too, are all too often, too tangled in their own webs of stress, career goals, and politics to stop and realize just how fortunate we really are to live in America. Though, I should say that it isn’t really a matter of realizing how fortunate we are to live here, but, instead, to realize how fortunate we are to have the opportunity to consume here because, really, that is what we do.

The U.S.A., it seems, is much more characteristic of the moniker: United States of Consumerism. Too many of us, because we haven’t had the chance to step out and see the big picture, aren’t really living. As teachers we work so hard to write lesson plans that will “engage students” (teacher-speak for holding the interest of over-stimulated American children for several minutes in a row), employ technology in the classroom as much as possible, raise district test scores, and placate all of the public stake-holders in an increasingly political occupation that we lose touch with the idea of connecting with humanity. Some of us, it seems, don’t even know what it is anymore. I can say this because these are the conditions that I teach in and I feel the pressures each day, hence the stress.

But, the fact that I’ve had a chance, now, to, not just view a news clip or read an article, but, to actually be in the poorest country on this half of the earth and see just how wide the gap is between the haves and have-nots, has made it truly difficult for me to reconcile, not only the luxuries of my daily life with knowing the profound needs in theirs, but, also the disproportionate amount of energy, time, and stress that goes into trying to “race to the top” in public education with the seemingly little good that it actually does for American kids, let alone the ones who really need the most help. 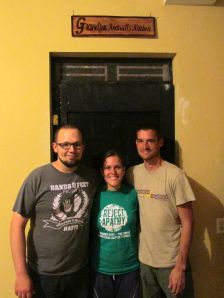 Don’t get me wrong. I have some wonderful kids in my classroom every day and being there to witness connections being made, goals being achieved, and confidence being built is an awesome privilege and responsibility, but, it really seems like the cost to benefit ratio is becoming more and more expensive when I know that, dollar for dollar, thought for thought, and pound for pound, there is such a serious and desperate need for investment elsewhere.

What this means for me and for my family, only God knows. Maybe not much in terms of any significant shifts. After all, these are just the typed-words of a middle-aged school teacher at the end of a rough week. But, I can say, for sure, that I am truly inspired by and I have the utmost sincere respect for those who drop their own security, get up, and move to where the need is in order to help address it. That, perhaps, is one of the biggest lessons I’ve learned about who the heroes of this world are: modern missionaries who give it all up and go to be the Hands and Feet of Christ to “the least of these,” where the need is greatest.

If you are the praying kind of person, or even if you’re not for that matter, please prayerfully consider supporting the work of those who don’t just visit for a week and then fly back to the comforts of home in the U.S., but, the ones who picked up and moved everything in order to live and serve where the need is:

Find out how you can give a gift of support to the Suttons, the Mulligans, the Moores, or Hands & Feet Child Advocate Michelle Meece