It is an effort to grow and to progress on three levels:

Physically, I want to break down physical boundaries for myself. I want to continue losing weight in order to be as healthy as possible and, in doing so, be around for as long as possible to be the best dad and husband I can to my wife and kids. As a diabetic and a pineal gland brain tumor and skin cancer survivor, and after losing my Dad this past February to brain cancer, I know that time is precious. If I can increase the likelihood of living a full, healthy life and, in doing so, influence my loved ones to do the same, why wouldn’t I do it? I ran my first 5K as an adult at just under 240 pounds in March 2011 to support brain tumor research at Duke University Hospital’s Preston Robert Tisch Brain Tumor Center where my dad was a patient. I’ve run five 5K’s since then and continued losing weight while maintaining a somewhat steady running habit. The goal is to complete the 2013 Country Music Half Marathon in Nashville. As an adult I’ve never run over six miles, so, this will be a challenge. But, I’m almost done with the first third of my training plan and I’m progressing as planned. The idea was prompted by The Hands & Feet Project’s Las Vegas Marathon initiative in December 2012 and my desire to take part in a similar effort in 2013 in Nashville to benefit the work they do for orphans in Haiti.

Spiritually, I want to break down the limitations that I’ve placed on myself over the course of my lifetime with regard to what I’m willing to do to help those in need and how much of a priority their needs are in my life. I want to step forward in faith, clinging to what I know, but,  trusting God, knowing that only He knows what lies ahead. For all of the politicizing and inter-denominational squabbling over scriptural interpretation, there is one thing that all believers should be doing that the bible is very clear about in particular:

Isaiah 1:16-17 – “Wash yourselves clean! I hate your filthy deeds. Stop doing wrong and learn to live right. See that justice is done. Defend widows and orphans and help the oppressed.”

James 1:27 – “Religion that God our Father accepts as pure and faultless is this: to look after orphans and widows in their distress and to keep oneself from being polluted by the world.”

Seizing opportunities to make donations, raise money for and, eventually, go on a short-term mission trip to visit and serve at The Hands & Feet Project orphanages in Haiti will certainly take my family and I out of the comfort zone we’ve lived in. But, I believe that, if that is what God has planned for us and the opportunity is there, the dividends that it will pay out to others will far exceed whatever it might cost us in terms of time, money, or energy.

Personally, I want to work through the grief that I

continue to experience (as anyone who loses a loved one would) in a proactive way that honors my Dad and what he would want. Faith played a huge role in affording us the opportunity to make a donation to The Hands & Feet Project. Hands & Feet Project director Mark Stuart then turned around and asked for our permission to honor my Dad’s memory by naming the kitchen of the new orphanage they’re building at Ikondo in Haiti after him. So, “Grandpa Rockwell’s Kitchen” will be providing for the nutritional needs of orphans in Haiti once construction is completed in a few months. I know that Dad would be significantly moved by The Hands & Feet Project’s generous gesture which, in a big way, has helped to paint a silver lining around the dark clouds of grief that have been camped out over my head for the past couple of years since his decline began in October 2010. For further explanation about the connection between my Dad and The Hands & Feet Project, please read my prior posts on the topic: “How To Live Life” and “News Too Good To Keep Under Wraps: Light At The End.”

So, what does this have to do with beards?

The beard is a calling card to raise money for the work of The Hands & Feet Project. I started clean-shaven on November 1, 2011 for “No Shave November” and was inspired to start asking for donations of $5 per day, starting with December 1st, in order to keep it from being trimmed or shaved. Now, I don’t have one of those naturally lush, full, manly beards that comes in nice and even. No. Instead, I have this wiry, sparse, patchy whisker pattern that comes in pretty thick on my neck and mustache, but, that is bare in other spots like my cheeks, for example. Add to the weird whisker pattern the fact that, at three full months without a trim, I’m looking a bit scraggly, and you’ve got a pretty significant eyesore for anyone who has to spend time around me. So far, as of February 3rd, the beard has raised over $600 for orphans in Haiti. Hopefully, it will continue to grow more and more ridiculous looking so that, when people comment about it, I can explain why it is the way it is and, hopefully, inspire them to give a few more bucks to the cause. 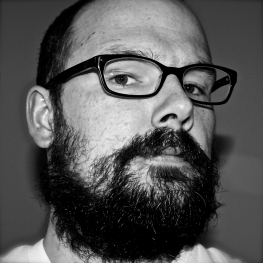 Please prayerfully consider donating to the Hands & Feet Project either directly to them online or by sending contributions my way for me to pass on to them. If you do donate online, please let me know how many days to knock off the sponsorship countdown toward the goal of having the beard fully funded at a rate of $5/day through Saturday, April 27th’s Country Music Half Marathon in Nashville. Thank you!

One thought on “The Beards, Hands & Feet Project: What Is It?”